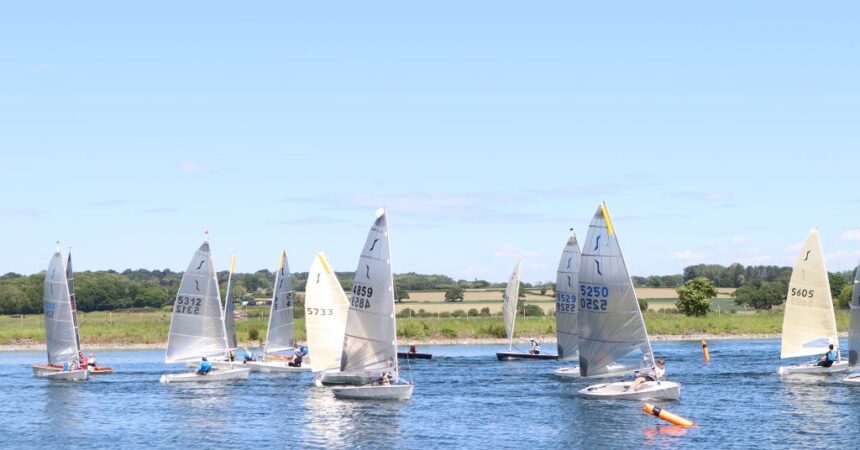 After a long winter lockdown racing finally began in May with the Spring “Covid” Series comprising just two back-to-back races on Sunday mornings.  The same restrictions are in place as last year and we have been fortunate to have lost only one weekend when the wind exceeded the 20 knot limit (even that didn’t deter the keener sailors from getting some practice!).

The turnouts have been good with an average of 16 boats with the best being 20 on the first weekend.  There has been some great racing with everybody seeming to have their own private battles throughout the fleet.  The Spring Series finished this weekend (27th June) and, apart from Kieran winning by a country mile, the rest of the results were very close with just two points separating the next three boats.  In fact, there were six different classes filling the top six positions which is quite unusual and a good advert for handicap racing:

The Solos were the biggest fleet with eleven boats competing with the top three being:

We’ve also held our first Open event for more than a year hosting a very successful Solo meeting with 19 entries, including 7 visitors, and the top three boats all on the same points with each having a first, second and third.  Congratulations to Gordon for taking overall victory by winning the final race and many thanks to all those who helped with the organisation.