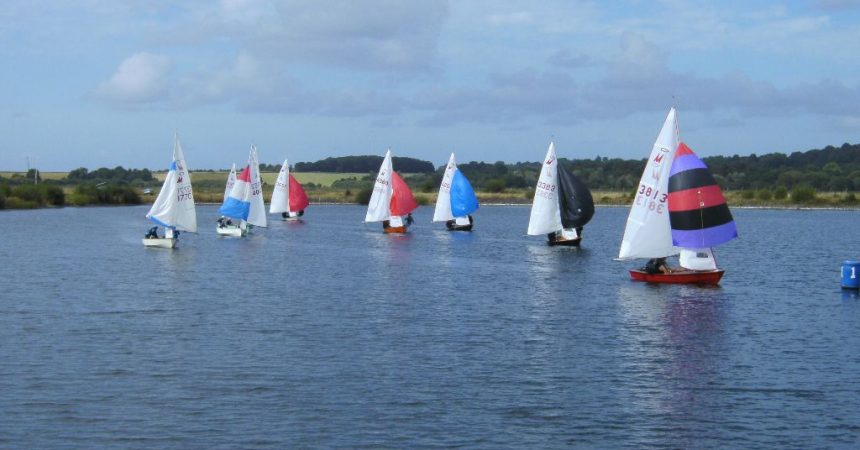 Ten Miracle Dinghy sailors arrived for the event (with two arriving Friday evening) and were greeted and introduced to the club facility.
The surrounding club house grassed area had been mown and looked very tidy making it possible for visitors to conveniently pitch their tents.
Saturday arrived with blue skies and bacon baps for all. Ten competitors were rigged and ready for the 12.30 o’clock briefing. The course was set for the 13.00 start but little wind created a slow start. Two one hour races were sailed with a forty minutes interval. 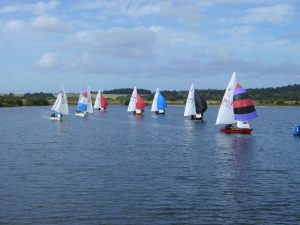 All contestants stayed Saturday at the sailing club and were presented with an early evening hot meal. The galley tables were set and laid for a banquet, serving twenty four people, of homemade steak pie and gravy, potatoes and assortment of vegetables, with an option of vegetable lasagne. This was followed by apple pie and custard to finish.
Sunday, blue skies with wind gusting to force 5. Three races were planned with separate starts for both the Nine Miracles and ten club boats. 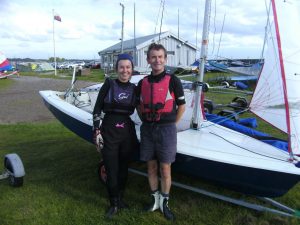 David Turtle and Zara Turtle (above) were presented with the Miracle Inlands Championship Shield, supplied by the Miracle Association, UK. 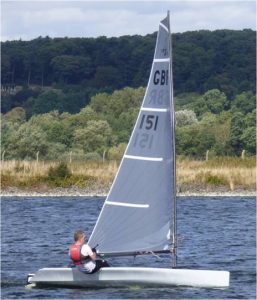 Shotwick Lake Sailing member Mark Heaton (above) in his Devoti D-Zero  took the honours in the Club’s Open Autumn Regatta.

All in all the weekend provided exciting racing, and the safety craft was kept very busy on the Sunday.

The competitors were very grateful to all who made the weekend so successful –  The race officers, safety craft crew, galley girls (and the food they prepared!) – also the groundsmen for ensuring Shotwick Lake looked at its best for the event and the camping. 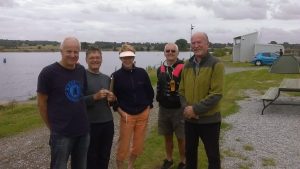 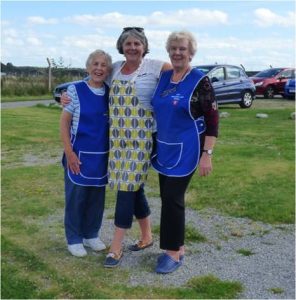