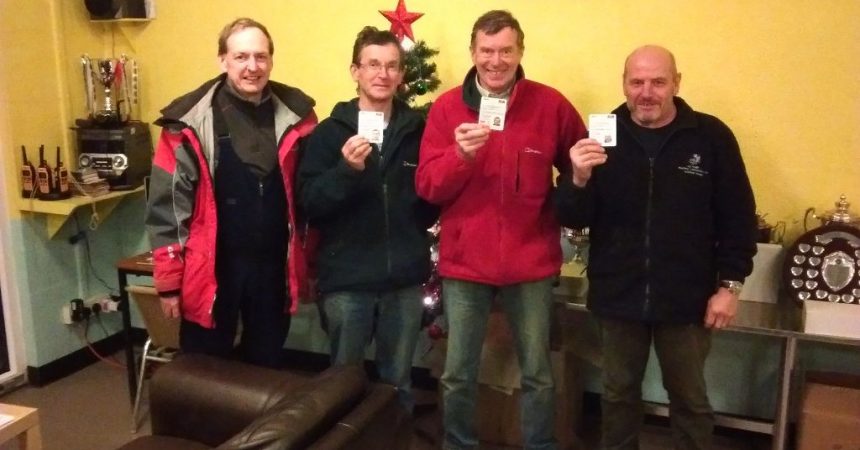 Congratulations to members Geoff Weir, Les Perry and Dave Turtle who recently successfully completed the RYA Level 2 Powerboat Course held on Saturdays 10th and 17th December. Many thanks to Tim Bowden for providing excellent tuition which was much appreciated by the participants.