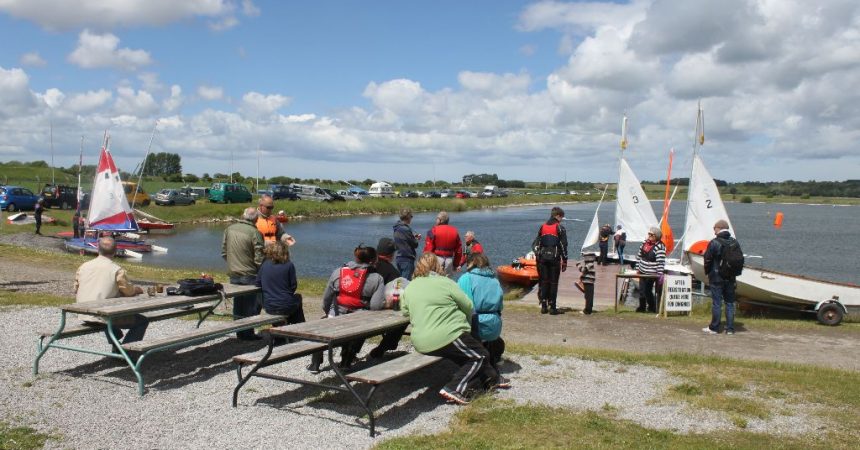 Everyone who turned up to the Club Open Day today had a great time. Despite some concern in the week that the winds would be too strong and it would rain, the conditions were good enough for everyone to get out and sail who wanted to, and with the exception of the few drops we had (when I stopped to eat my sandwich!), the rain stayed away too.

There were plenty of visitors who spent time looking around the club, speaking to members and having a go in one of the Club’s Wanderers with sails double-reefed.

I spoke to many at registration who were potentially interested in joining the club or were looking at training, which goes to show how important the day is to the club in terms of reaching out and bringing new people in.

A big thank you to those who came down to help – the atmosphere around the club house was great, with plenty going on showing what a friendly club we are.

There’s plenty of photos attached giving a flavour of what went on. Thanks to Sandra (my wife) for taking some of them (obviously not the best ones!).

Weather Data Now Up And Running