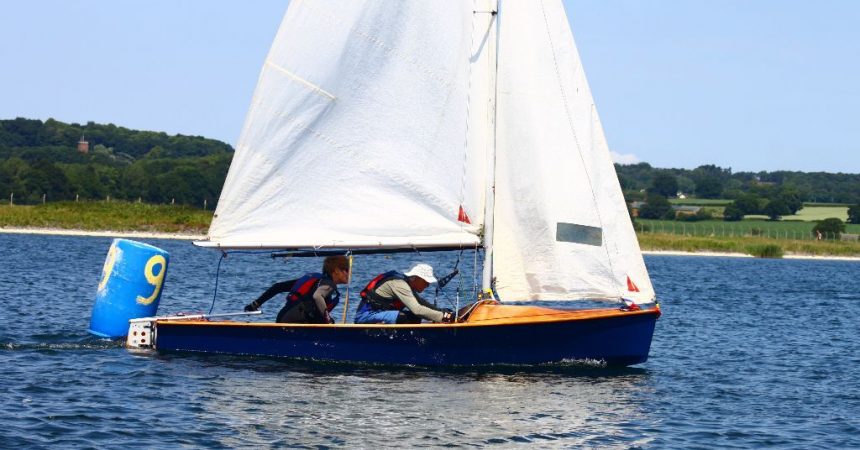 The buoys, they are for moving ….

UPDATE – Change made permanent for the 2014 season.

After many years with the race marks in the same positions, they will be moving as a trial during the Frostbite open series, based on analysis of the wind direction during club racing over the last 2 years. This is an attempt to improve the positioning of the marks to better suit courses that can be set for the predominantly NW / SE winds experienced, but also taking in to account the other wind directions.

The figures below show the distribution of the wind directions experienced during racing on Sundays and Wednesdays since 2012; click on them to enlarge them.

The following figure shows the revised mark positions relative to their current positions; for reference the circles around the new mark positions have a diameter of 60m, or 197 feet for the more mature amongst us. Handy A6 sized reference cards will be available for you to carry in your boats, to help you in remembering the new layout.

If you fancy trying to design courses for these new mark positions or think you can come up with better mark positions to suit the wind stats above,  then you can download an Excel file via the link …. Link. Note: It requires Excel 2010 or later, and the macro’s must be activated.

Feedback will be sought after the Frostbite series is finished, but any comments during the series will be gratefully received.

Is your boat tied down securely?

A Great Day at the Races