The thirtieth annual presentation evening of Shotwick Lake Sailing took place on at The Armory, Flint. Members and their guests enjoyed a meal, a dance to the Acme Ceilidh Band and watched the seasons awards being presented.

A great meal was had by all before the first half of the evening entertainment took place with Ceilidh dancing to the sounds of the Acme band. Virtually everyone had a go during the evening and all seemed to have a great time trying to get it right and laughing when we inevitably all got it wrong.

In the interval to the entertainment, Tony Forster, the Club Commodore said a few words summarizing the 2013 sailing season combining comments with those of the Sailing Secretary, Jonathan Edwards (who had a long standing commitment –  his mother’s 70th birthday!)

“Your club remains strong and this year boasts a membership now standing at 145 with a few extras currently being processed. Although a slight drop on last year’s figure this is still a very respectable number considering that families & Permit Groups bring the total number of people involved with Shotwick Lake to something in the region of 350.

Activity levels seem higher than ever with weekends and evenings seeing much racing, training and leisure sailing. We are also pleased to see groups of members utilising the lake on weekdays as well.

On the training front, newcomers to, and improvers in the sport have been well catered for by the efforts of our enthusiastic and ever ready training team. Shotwick Lake retained its RYA Recognised Training Centre status. This has enabled us to continue to offer RYA Level 1, Level 1& 2 combined, Seamanship Skills, Powerboat Level 2, Safety Boat and Start Racing together with Start Windsurfing. Numerous adults have taken advantage of these low cost courses and many of these have become active members. We have continued with a high level of youth training throughout the Summer and earlier in the year we again supported the WYA in providing open youth training.

The annual Open Day held in the Summer was again a well supported event with large numbers turning up to have a go at sailing and windsurfing. Again, this has helped to put the club on the map and resulted in numerous membership and training enquiries. As always, the event would not have been possible without those who gave up their time to help with this day even by just being present and sailing for their own enjoyment to add to the ambience.

Following on from last year’s RYA “Sail For Gold” initiative the club decided to repeat the format of fun events and barbeque as our own “Sail For Gold Day”. The event raised £267 for the RNLI and everyone had a great time in achieving this.

Looking back generally at 2013, it has been a year when sailing has really hit the public consciousness and grabbed their attention, with the footage of Ben Ainslie winning the America’s Cup virtually singlehanded in San Francisco, sailing a 72 foot foil borne, wing masted catamaran; with the boats separated by mere feet and all whilst travelling at speeds of up to 30 knots (35 mph) upwind, and over 43 knots (50 mph) downwind. And to think some of you get worried when Jonathan whizzes past in the 300 at a rather sedate 14 knots!

However, the Cup also served to remind us that sailing is not without its risks, with the sad loss of Olympic gold medallist Andrew “Bart” Simpson during a training accident aboard the Swedish Artemis catamaran. It was with issues like this in mind that the traffic light system was introduced this year for the racing at Shotwick Lake, to help raise awareness as to the suitability of the weather for sailing and provide crews with the information necessary so that they could make considered decisions on their own participation in the day’s racing. This has worked well and will continue to be part of the race day duties.

Of course Ben didn’t win the America’s Cup singlehanded, he was supported by a large team who worked together to both defend the Cup and also organise the entire event, and the same is true of the club. It is only a small group of members tonight that will receive awards for this season, but it wouldn’t have been possible without the contribution of everybody in the club, whether they be on the committee, in the galley serving up drinks and snacks, helping at work parties, doing their duties as race officers or in the safety boat, or participating in the racing …. even though they know before they get on the water that Dave Turtle will inevitably win! So thank you to everybody for your contribution however large or small, we couldn’t have done it without you.

Shotwick sailors have been busy away from the lake gaining some notable achievements this year, and some of these will be recognised later on. But it is worth mentioning a few of the others ….

Back at the lake, this year saw several changes to the way in which the race series were scored.

Another change that has been implemented for the Frostbite series has been the relocation of the race marks as a trial, with the aim of providing better courses given the shape of the lake and the predominant wind directions we experience, based on data from our weather station collected over the last 2 years. Information on these changes is already available on the website and will open for discussion at the AGM.

So, in summing up, we appear to have had another great season and tonight’s celebration provides a fitting end to yet another successful year for Shotwick Lake Sailing.”

Following these words, the various prizes were awarded as each individual or crew was called up in turn. Gwyneth Jones, wife of member Peter presented the trophies on behalf of Shotwick Lake Sailing.

Also, thanks and gifts were given to Dot, Gladys, Win, Sheila, & Julie for all their hard work throughout the season in the galley. These wonderful ladies give so much to make Sunday racing a splendid sociable event and really do deserve a huge vote of thanks.

Thanks were also given to Gwyneth Jones, Louise Stephenson & Gill Morris who have on occasions stepped in to help in the galley.

A number of people were also thanked by Tony, on behalf of the members, to a number of people whose efforts continue to make ours the best club in the region. Without their tireless input our club could not succeed.

“Firstly your Sailing Secretary, Jonathan, who has done a fantastic job of organizing, improving and supporting the racing throughout the season.

Please do not forget your Directors and co-opted Management Committee members who, as ever, are the unsung heroes, or back room boys and girls, who work tirelessly throughout the year ensuring the smooth running of club. Many of you will not realize how much does need to be done to manage such a successful organization. So thanks to them and please give them your support in future when asked to help in some way.”

At the end of the presentations, toasts were drunk to the achievements of all of the trophy winners.

“Secondly, but very importantly, it gives me great pleasure to finally announce that, after nine years of effort and legal wrangling, we have finally completed the purchase of Shotwick Lake and have held the deeds in our own hands. So now you, as members of Shotwick Lake Sailing can be proud to be the owners of the lake, the buildings and the land which comprise the club. This has been a fantastic achievement which would not have been possible without the sterling efforts of the committee members over that nine year period. Therefore would you please raise your glasses and drink a toast to those hard workers and to being the owners of our own sailing club.”

With speeches done, there was much more dancing before the evening finished.

A great time was had by all!

Racing Programme Review – Updated with some ideas for Novice support 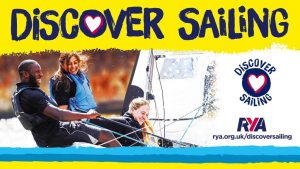